Our discovery of the 15 Myr planet in Sco-Cen (HIP 67522) was covered by Universe Today, Science News, and highlighted on JPL and McDonald Observatory

Animation shows the type of gas giant planet known as a Hot Jupiter that orbits very close to its star. More young hot Jupiters like HIP 67522b can help us understand how giant planets migrate from wider orbits to their final configuration. Credit: NASA/JPL-Caltech

Our discovery of the 45 Myr planet DS Tuc Ab was picked up in numerous articles, including Science News, SciTechDaily, and space.com. 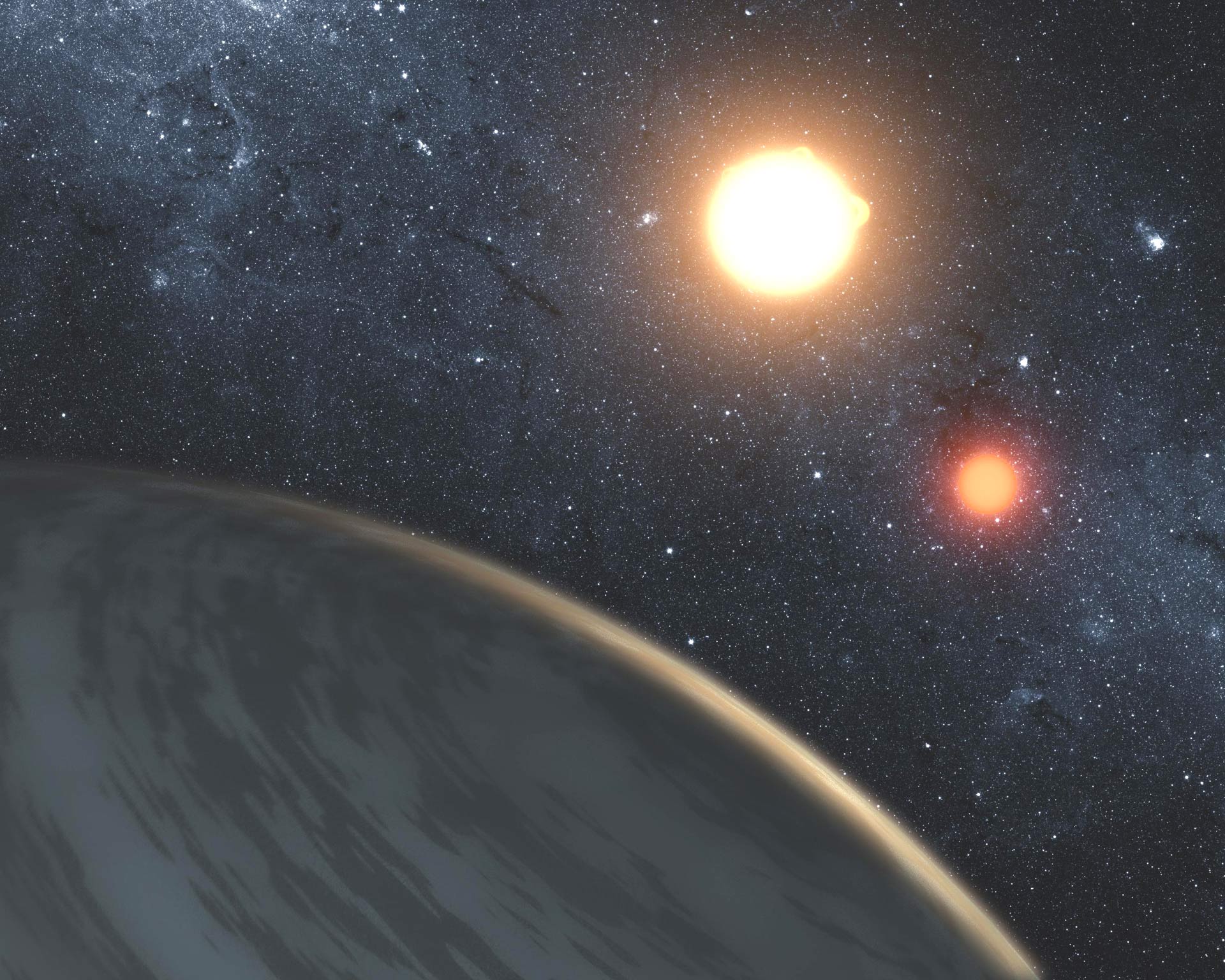 This article from the bad astronomy blog does a good job explaining why K2-33b is important. You can also check out the UT, NOAO, and CfA press releases.

When a planet such as K2-33b passes in front of its host star, it blocks some of the star's light. Observing this periodic dimming, called a transit, from continual monitoring of a star's brightness, allows astronomers to detect planets outside our solar system with a high degree of certainty. This Neptune-sized planet orbits a star that is approximately 11 million years old. In addition to the planet, the star hosts a disk of planetary debris, seen as a bright ring encircling the star. Animation credit: NASA/JPL-Caltech 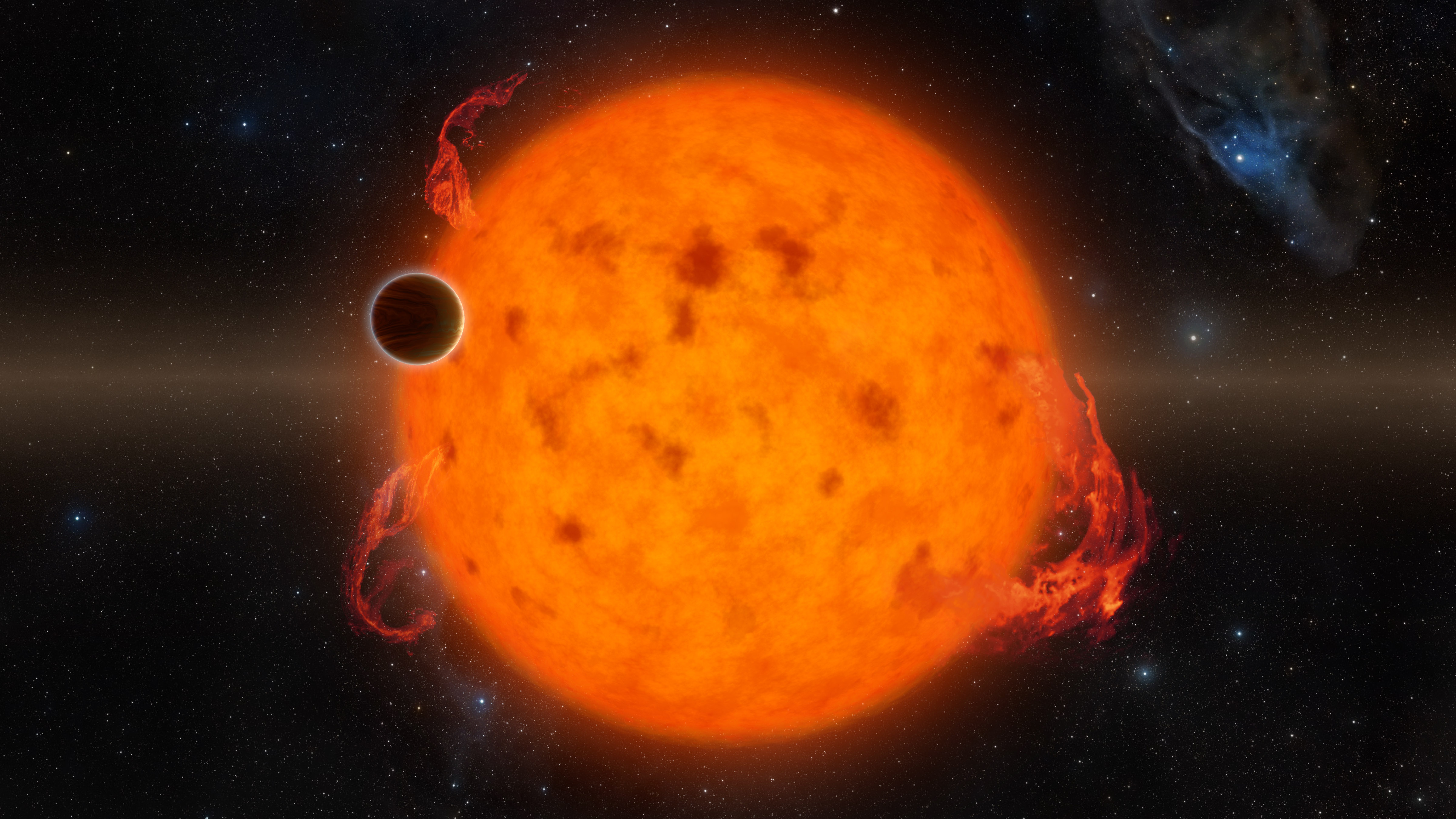 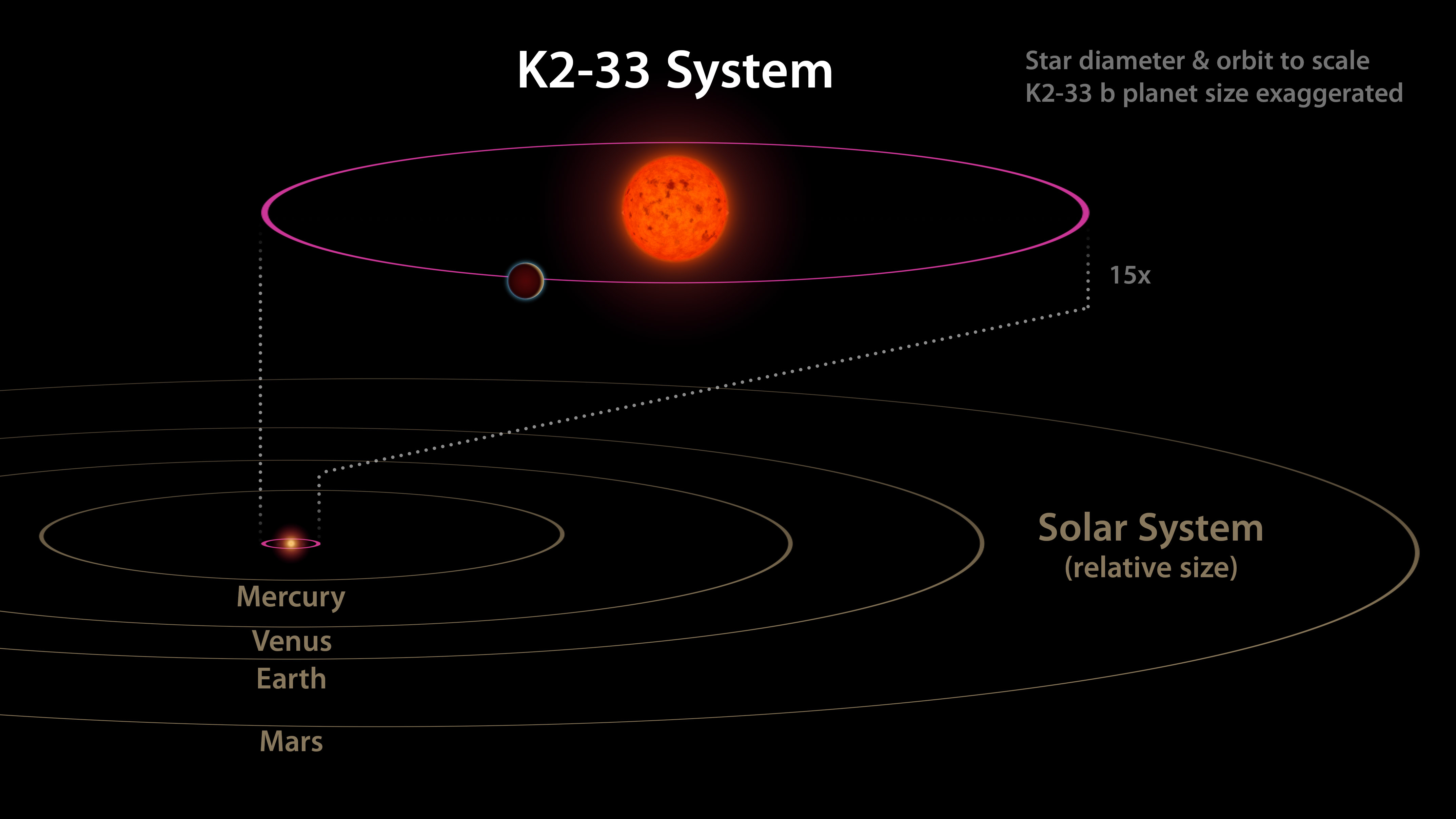 This image shows the K2-33 system, and its planet K2-33b, compared to our own solar system. The planet has a five-day orbit, whereas Mercury orbits our sun in 88 days. The planet is also nearly 10 times closer to its star than Mercury is to the sun. Image credit: NASA/JPL-Caltech 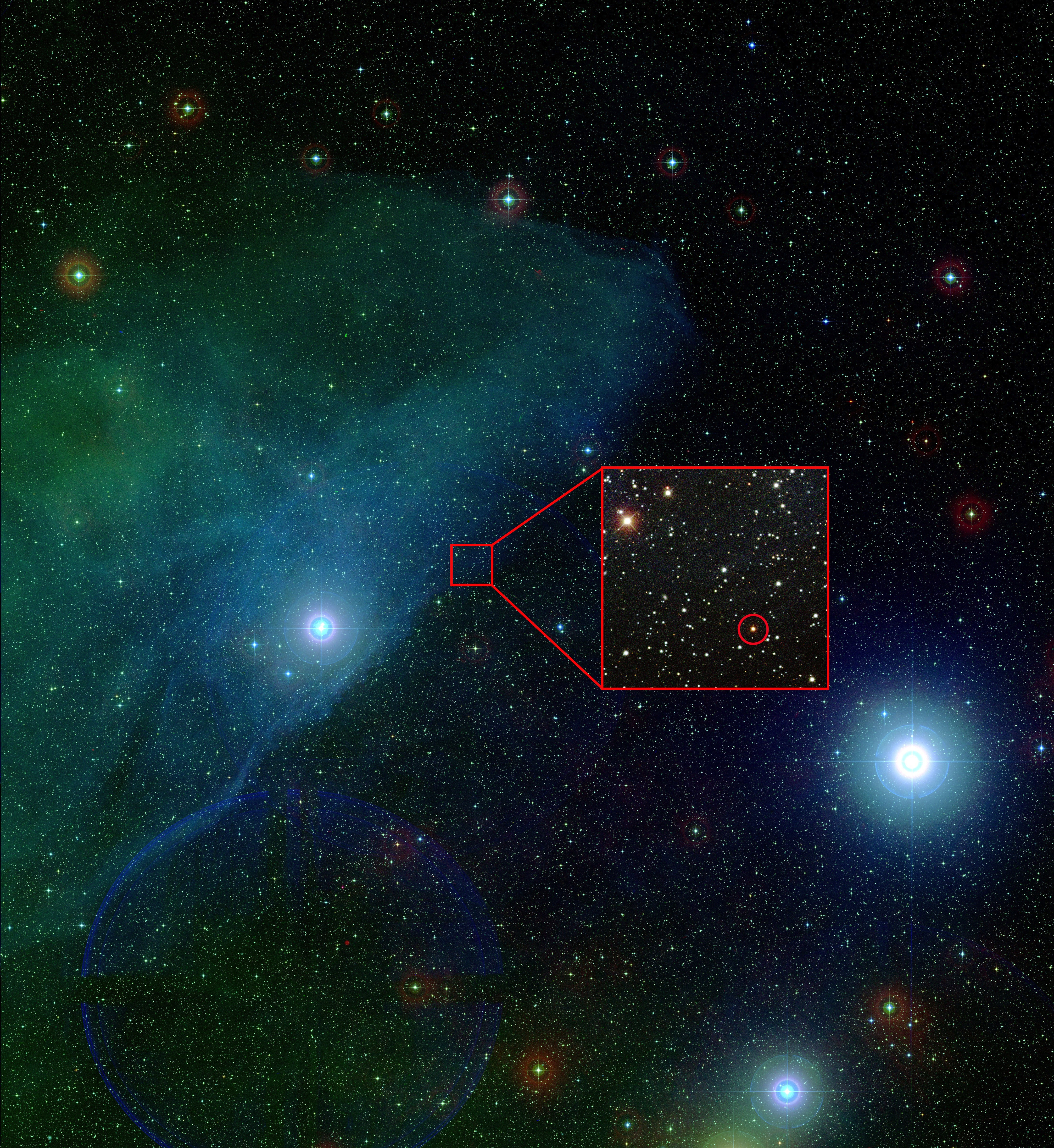 Digitized Sky Survey (DSS) image of the 11 million year old Upper Scorpius Star forming region. The two bright stars are Nu Scorpii (left) and Beta Scorpii (right), both likely members of Upper Scorpius. The cloudy region around Nu Scorpii is a reflection nebula; residual dust from recent star formation as well as interstellar dust is reflecting light from the bright star. A zoom-in inset is shown around the star K2-33b, with the planet host circled in red. Image credit: A. Mann, DSS/SDSS


K2-25b:
UT press release has some basic information about the system. The discovery was also featured in Sky and Telescope (among other places).

The red dwarf star K2-25 is indicated in this view of part of the Hyades open star cluster from the Digitized Sky Survey. The Hyades is the closest open star cluster to Earth. It is visible in the night sky in the horns of the constellation Taurus, the bull. (A. Mann/McDonald Obs./DSS)